The Bureau of Investigation is the law enforcement arm of the San Diego County District Attorney’s Office.  It is made up of six divisions, which include 130 District Attorney Investigators, 13 Process Servers and 10 Investigative Technicians.  The divisions include Special Operations, the DA’s branch offices, Superior Court/Juvenile/Trial Support Services, Gangs/Cold Case Homicide, Family Protection/Sex Crimes/Human Trafficking/Child Abduction/Elder Abuse and Economic Crimes/Insurance Fraud.

Through the leadership of newly appointed Chief Investigator Jorge Duran, Assistant Chief Joseph Cargel, Deputy Chief Harold Eisenga and the dedicated efforts of its team, the Bureau of Investigation has earned the reputation of having some of the most experienced and highly-trained investigators among its ranks who have been recruited from law enforcement agencies across California.  The Bureau provides a wide range of skilled investigative services to support the District Attorney’s prosecutorial and crime prevention mission. 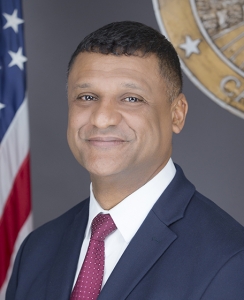 The Family Protection Unit is a vertical prosecution unit responsible for providing investigative support for cases involving domestic violence, crimes against children and elder abuse. During 2018, the Bureau partnered with the San Diego Sheriff’s Department, Probation Department and Researcher Dr. Deborah Weisel on a Smart Prosecution Grant to reduce repeat domestic violence cases in San Diego County.  The goal is to identify the most serious and prolific domestic violence offenders, educate and de-motivate offenders by doing a face-to-face domestic violence notification upon release from jail when no charges pending and examine body-worn cameras’ effect on these cases.

The Bureau’s Child Abduction Unit enforces and resolves all issues related to child custody disputes as mandated by the State of California and ordered by the Superior Court of California.  Many cases involve children taken illegally by a custodial parent out of the local jurisdiction, state or country in violation of a court order.  The Child Abduction Unit opened 113 investigations involving child custody violations in 2018.  The unit was successful in recovering 71 children; 17 of those recoveries were Hague cases involving children being abducted from, or taken to other countries.  The unit tracked numerous reported abductions on the Visitation Violation Reporting System, which is accessible via the District Attorney’s public website.  The unit also directly handled more than 1,059 public contacts in regards to child custody issues, to include 901 phone calls and 158 office walk-ins.

The Elder Abuse Unit (EAU) investigative section is responsible for follow-up investigative support for DA prosecutions of all crimes involving physical violence, mental suffering, sexual assault, criminal neglect, and the extensive theft and financial fraud perpetrated against victims 65 years of age or older, and against adult victims with significant physical or mental limitations (i.e., “dependent adults”). Such cases are traditionally referred to the DA’s Office by the various local police agencies in the county.

Often those cases (especially financial abuse cases) require significant additional investigation before criminal charges can be filed. Additionally, the DA’s EAU has been designated as the primary investigative agency for all crimes committed against seniors and dependent adults in Skilled Nursing Facilities (SNFs) and Assisted Living Facilities (ALFs) for the elderly and dependent adults in the county.  Consequently, the EAU receives approximately 100 referrals each month from various county and state agencies such as the Adult Protective Services, state agencies which regulate ALFs and SNFs, and from the public, regarding reported and suspected crimes occurring within the 690 licensed ALFs and SNFs in San Diego County.  Many of those referrals result in initiation of investigations in which the EAU conducts the investigations from beginning to end.

The San Diego Internet Crimes Against Children (SDICAC) Task Force helps local, state and federal law enforcement agencies enhance their investigative response to offenders who use the internet and other online communication systems to sexually-exploit children.  SDICAC is funded by the United States Office of Juvenile Justice and Delinquency Prevention (OJJDP).  SDICAC was developed in response to an increasing number of children and teens using the Internet, the abundance of child pornography and the heightened online activity by predators seeking unsupervised contact with underage children.  In addition to identifying, arresting and prosecuting offenders, San Diego ICAC addresses the problem by educating the public about potential risks and safety measures families should consider when it comes to online activity.

During 2018, SDICAC served 377 search warrants and made 96 arrests.  They conducted 596 community presentations to more than 35,000 attendees.

This multi-agency task force continues working to reduce incidents of human trafficking in San Diego County and hold traffickers accountable.  During 2018, the HTTF arrested 111 individuals for trafficking, assisted 77 victims placing 36 of them in alternate housing, and provided dozens of training and outreach events to the public.

The SAFE Task Force conducted about 3,000 audits in 2018, arrested approximately 150 offenders for violations, and was involved with the placement of five sexually violent predators into the community.

The Special Operations Division investigates cases involving misuse of public funds, political corruption, hate crimes, threats and other crimes impacting the integrity of the justice system such as perjury, filing falsified documents, criminal misconduct of government officials, including peace officers and other public employees. During 2018, the Special Operations Division investigated the criminal misconduct of Deputy Richard Fischer, which has been highly publicized in the local media. Investigators interviewed all 21 victims who came forward with allegations of sexual misconduct.

The Superior Court Division handles some of the most challenging and serious cases in the office.  The division’s Pretrial Unit is divided into two teams, with each team servicing the DDAs within their respective units, which include the Major Violators Unit, the DUI Homicide Unit and the Crimes Against Police Officers Unit.

During 2018, District Attorney Investigators partnered with the Contractor’s State License Board, Department of Industrial Relations and the CA Department of Insurance to contact various businesses and construction sites throughout the county to verify worker’s compensation insurance compliance. Over 120 construction sites and businesses were visited, resulting in warnings, civil penalties and possible criminal charges.

Shortly after the Alpine “West” Fire in July of 2018, District Attorney Investigators partnered with investigators from the Contractors State License Board and California Department of Insurance to hand out informational packets regarding contractor fraud to homeowners who lost their homes in the fire. The outreach efforts resulted in 42 properties visited, of which 37 were destroyed and five damaged. In addition to contacting homeowners who lost their homes, our team focused on license compliance for building contractors, price fixing, bid rigging or inflated bids during a natural catastrophe and disaster zone.

SWCC plays a major role in the Bureau’s success through its vital support to the investigators in serving subpoenas, picking up evidence and transporting witnesses to and from court. During 2018, SWCC served 5,951 subpoenas, conducted 538 witness/victim transports, 806 investigations and performed 400 evidence pick up and deliveries.

The Trial Support Services team provides high-tech courtroom support to prosecutors. Their work includes cutting-edge video animation, professional audio and visual work and fingerprint identification capability. Their mission is to provide effective and timely mixed-media courtroom assistance, which helps in presenting facts and evidence to a jury during trials.  This group works on various outreach programs and also assists the DA’s Communications Team in video production, photography and graphic design.

In 2018, the Bureau, in partnership with the Sheriff’s Department, continued to offer current, relevant and accessible training to San Diego County law enforcement leaders. Last year the instructional team coordinated three, three-week sessions.  To date there are 217 graduates of the program.

In 2018, the Bureau of Investigation continued its commitment to building and foster positive relationships with the community we serve. The Bureau of Investigation worked with community service clubs, local businesses and school districts to provide food and gifts for needy families and military families throughout the county during the holidays.

Members of the Bureau of Investigation were given numerous awards in 2018, including:

Elks Lodge Officer of the Year