The Superior Court and Central Pretrial/Case Disposition Division is responsible for prosecuting some of the most challenging cases in the District Attorney’s Office, including kidnapping, assaults, robberies, attempted murders, and murders.

It’s one of the largest divisions in the office and its Deputy DAs handle all felonies not assigned to a branch or vertical prosecution. This division is responsible for more than 25 percent of all felony cases tried by the District Attorney’s Office.

These prosecutors handle a large number of serious cases. They arraign defendants charged in felony complaints, then prepare and conduct preliminary examinations in front of a judge to prove the charges based upon a probable cause standard. In doing so, the preliminary hearing Deputy DAs are liaisons between the DA’s Office, law enforcement and the victims and witnesses of crime. 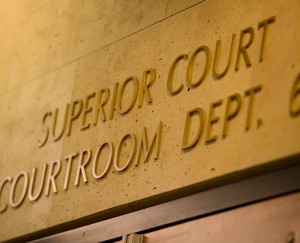 The team works to assess felony cases in an attempt to reach fair and equitable resolutions of the cases at the earliest possible opportunity. The team encourages the immediate sentencing of defendants, where appropriate, significantly reducing costs to San Diego County and taxpayers.

The team is responsible for prosecuting cases that are bound over by the pretrial team and also serious trials that the deputy has handled vertically from the time the case was presented by law enforcement. Those cases involve murders, attempted murder, arson and other complex felony cases.

The unit prosecutes criminals with extensive felony backgrounds, serial bank robbers and other defendants charged with numerous serious felonies who face extraordinarily long prison sentences. In addition, the Superior Court Division handles post-conviction mental health cases for those found to be a danger to the community as a result of mental illness.

Training and development of Deputy District Attorneys is an important aspect of the Superior Court Division. Monthly training sessions are presented on various aspects of criminal prosecution. Riding along with law enforcement officers is encouraged as well.